According to the Hindu calendar, September 10 from 11.03 am to 1.33 pm is the timing for pooja. The festival will continue for ten days, and it means it will end on September 21. Mostly this festival is celebrated in Karnataka, Maharashtra, Gujrat, and Uttar Pradesh. Several families or individuals worship Lord Ganesh by bringing their idols of the elephant-headed deity to their homes.

The elephant-headed Lord Ganesh’s birth is celebrated as Ganesh Chaturthi, and he is the god of wisdom and fortune. He is also known as Vighnaharta, who despises sadness, sorrow, obstacles or barriers from the life of people.

How to Celebrate GaneshPuja/ Ganesh Chaturthi 2021?

People decorate their houses at this festival and chant songs from the Upanishad. During adoration, they offer flowers and sandalwood paste to the idol. “Modak” is one of the favourite sweet dumplings, considered as the favourite food of the Ganesh. People worshipped him in honour at the start of every work in Sanatana Dharma.

Ganapati, Ekadanta, Vinayaka, Heramba and Pillaiyar are some of Ganesh’s other names. One of the most extensively observed Hindu holidays in the country is Ganesh Chaturthi / Ganesh Puja.

Lord Ganesh is recognized as a fortune teller and as someone who can help people avert natural disasters. According to Hindu mythology, Lord Ganesh is the son of Lord Shiva and Goddess Parvati, and he is also known as the patron god of travellers. He is a human who has an elephant head.

The Chaturthi tithi will run from 12:17 am to 10 pm on this Ganesh Chaturthi 2021. People get up early, clean their homes’ temples, and Pujari also cleans their temples. Devotees place the Lord Ganesh’s idol in their homes and worship them. They worshipped sweets ( modaks, Laddoos) and aarti.

Devotees believe that the worship of Lord Ganesha can remove their obstacles from life and make it wealthy and peaceful. For the ritual, the red cloth with the idol, water pot, panchamrit, cardamom, laung, akshat and Supari, ghee, Kapur, etc., are required.

Most people celebrate the entire festival with Lord Ganesh, while some people do not keep the idols in their houses during the whole festival period. People transport the idol of Lord Ganesh into the seas, rivers and lakes. This process is called Ganesh Visarjan. They visarjit Ganesha with performing lots of songs and dancing.

People form massive procession lines to immerse the idols on the day of Anant Chaturdashi. They give farewell to Lord Ganesh with a request that he will return in the next year.

Happy Ganesh Chaturthi to all, and don’t forget to wish your family members. 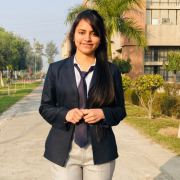